Times and services are subject to change. Please check the calendar for the most up-to-date information 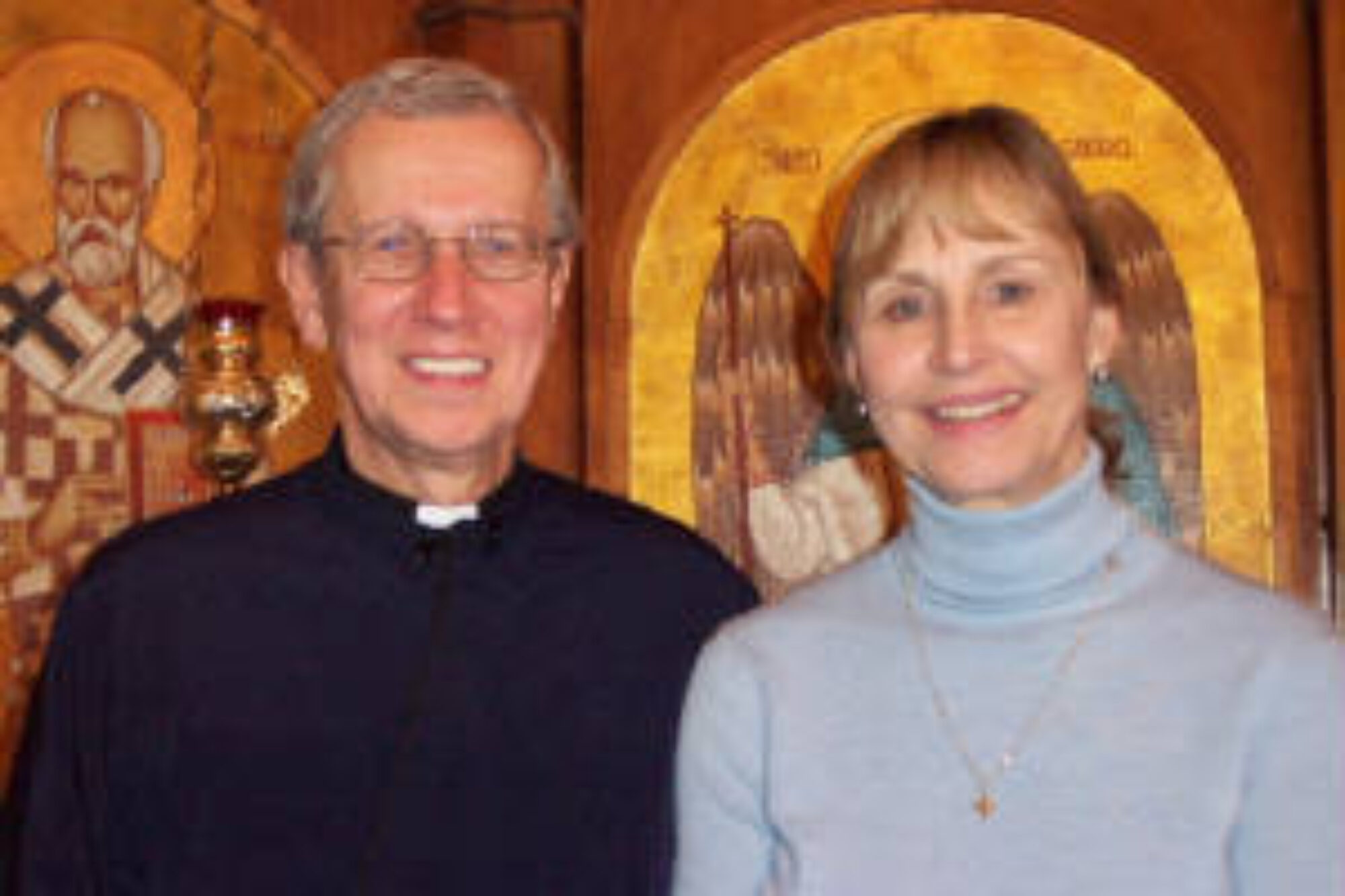 What is a deacon? According to Protodeacon Peter, "The word ‘deacon’ comes from the Greek ‘diakonos’, which means ‘servant’. The deacon’s job is simply to re-present Christ as Servant in the Church, the one who comes not to be served but to serve (Matt 20:25-28). He assists the priest in the liturgical services, leads the people in prayer, and performs whatever jobs are necessary in the Church (Acts 6:2-6). He has no authority on his own; his vocation is to show forth Christ as Servant. For the deacon, to live is to serve and to serve is to live. This is a joyful task.”

Protodeacon Peter was ordained to the Holy Diaconate by +Archbishop Dmitri of Dallas in 1975. He was encouraged to prepare for ordination by +Protopresbyters Alexander Warnecke and Alexander Schmemann. One-third of his 44 years of diaconal service was spent overseas in Japan, Singapore, Australia, Germany and Hong Kong, mostly with parishes and missions of the Ecumenical Patriarchate. He is presently an Emeritus Trustee of St Vladimir’s Orthodox Theological Seminary, a member of the Board of FOCUS North America, and Board Vice-Chair of the Orthodox Christian Leadership Initiative. He also serves as a member of the OCA Sexual Misconduct Policy Advisory Committee and the Secretariat of the Assembly of Canonical Orthodox Bishops of the United States of America. In 2018, he was awarded the degree of Doctor of Humane Letters, honoris causa, by St Vladimir’s Seminary.

Protodeacon Peter was born and raised in Bayonne, NJ, of Russian Orthodox parents. He served as an altar boy at Ss Peter and Paul Church in Bayonne, and was active in Orthodox youth, camping, and fellowship activities in high school and university days. He was educated at The Cooper Union for the Advancement of Science and Art in New York City and Syracuse University where he received Bachelor's and Master's degrees in Electrical Engineering, respectively. Protodeacon Peter is retired from Exxon Mobil Corporation, with 33 years of international operations, planning and general management experience. His community activities have included serving as the Chairman of the Governing Board, International School of Hamburg, Germany, and Member, Hong Kong Advisory Committee, US-China Business Council.

He is the author of Thy Will Be Done: Strategic Leadership, Planning, and Management for Christians, published by St Vladimir’s Seminary Press.

Protodeacon Peter and his wife Tanya live in Oakton, Virginia. They have three children, Matthew, Juliana and Kyra, and eight grandchildren, residing in Denver CO, Minneapolis MN, and London, England.