Times and services are subject to change. Please check the calendar for the most up-to-date information.

Get Directions on Google Maps 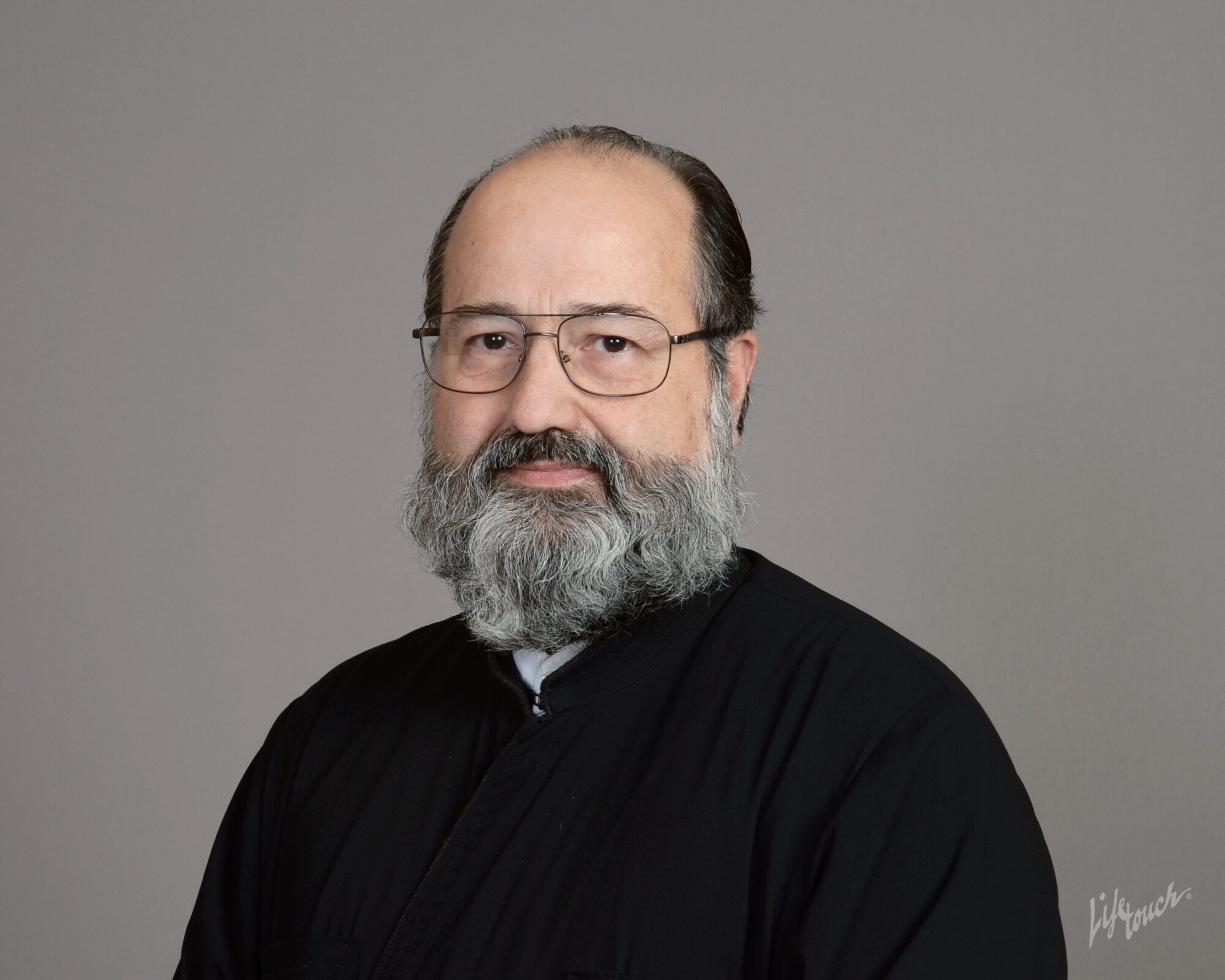 Studying Russian at the US Coast Guard Academy in New London, Connecticut (where he graduated in 1980), first awakened in Deacon Nicholas an interest in Orthodoxy. He was assigned to a ship that conducted Alaskan fisheries patrols, and on a ship visit to Kodiak Island he learned the story of Saint Herman. He then began to read seriously about Orthodoxy, took instruction at Holy Trinity Cathedral (OCA) in San Francisco, and was received into the Church on Holy Saturday, 1983, by Father Seraphim Gisetti.

Coast Guard service took Deacon Nicholas from San Francisco to the Boston area and then to Connecticut, and in every place he attended a local Orthodox parish, singing in the choir and often serving on the parish council.

Deacon Nicholas left the Coast Guard in 1990 and entered federal civilian service in the Washington, D.C. area. In 1994 he was tonsured a reader. That same year he was married to his wife, Cathy. They attended Holy Trinity parish in Reston, Virginia, and then came in 2003 to the Protection of the Holy Mother of God parish in Falls Church. Deacon Nicholas and Deaconessa Cathy have two sons, Nick and John, who regularly serve in the altar.

After completing the Diaconal Vocations Program of the OCA, Deacon Nicholas was ordained to the holy diaconate by His Eminence Archbishop NATHANIEL on February 15, 2015.

He retired from the federal government in 2016 and is now an assistant professor at Catholic University, where he teaches courses on intelligence and helps minister to the small Orthodox community there.